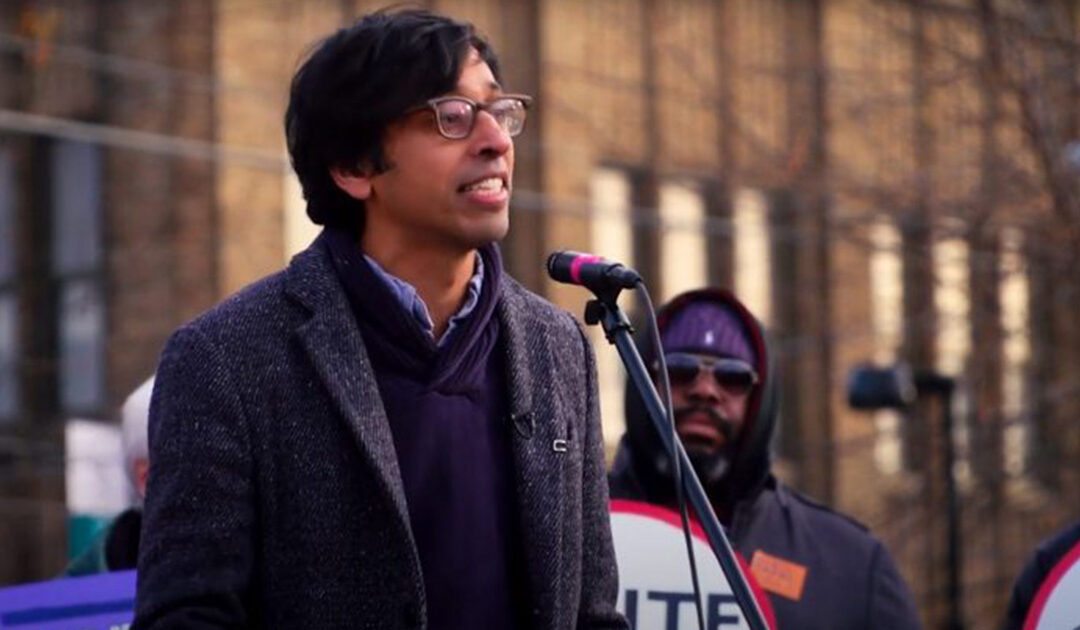 “I’m honored to represent the First Senatorial District, and I promise to fight for all working-class Pennsylvanians in a spirit of solidarity and compassion,” said Saval.

George Donnelly, the Senator’s Chief of Staff and a longtime civil rights advocate, worked with Saval for months to ensure that the new team would hit the ground running.

“Senator Saval’s office is staffed by a talented, passionate, and dedicated group of professionals that will do the organizing work necessary to bring about radical change in the Commonwealth of Pennsylvania,” said Donnelly.

Staff members bring with them extensive backgrounds in community and labor organizing, constituent services, and policy and legislation, along with a deep love for the First Senatorial District and all who call it home.

Renee Wilson, serving as Constituent Services Representative, was among the staff who began December 1. “Being a part of good change is the greatest reward,” said Wilson. Before taking on the role full time in January, Wilson will travel to Georgia to coordinate a door-knocking campaign for the two U.S. Senate runoff elections.

Members of the new team share a deep commitment to the values and ideals that Saval put forward for his significant win.

Brandie Pifer, who serves as the office’s Harrisburg Administrator, brings more than 20 years of experience to her role. Pifer expressed excitement in continuing this work.

“Determined people working together can do anything,” said Pifer.

The complete staff roster is as follows:

Renee Wilson, Constituent Services Representative—Wilson joins Senator Saval’s team from UNITE HERE, where she led field campaigns and was invaluable to the office. Wilson was born and raised in the First Senatorial District and has deep ties to the South Philadelphia and Center City communities. Her capacity for radical empathy and her ability to navigate any task have enabled Wilson to be successful in her many endeavors, including traveling to organize across state lines and planning labor and community events, such as a Mother’s Day brunch for hospitality workers, Pride Parade, and holiday parties.

Brandie Pifer, Harrisburg Administrator—Pifer has served the First Senatorial District’s Harrisburg office since 1999. Pifer first began her tenure as a page and then became the go-to person for all things related to expenses, scheduling, and Caucus administration, first for Senator Vincent Fumo, then for Senator Larry Farnese, and continuing her work for Senator Saval. Pifer is well regarded in the Senate Democratic Caucus, and she brings her work ethic, her experience, and her skill to the new team.

George Donnelly, Chief of Staff—Donnelly was previously a civil rights lawyer at the Public Interest Law Center, representing tenants and tenant associations in lawsuits against their landlords and leading legislative advocacy campaigns to strengthen the rights of renters in Philadelphia. He is also a former public school teacher and an elected Democratic committeeperson in Philadelphia’s Second Ward.

Kimberly West, Constituent Services Representative—West is a veteran of the State Senate, having served as the Office Manager for Senator Art Haywood before joining Senator Saval’s team. West is known among her colleagues for her extensive experience, depth of knowledge, and innovative use of technology to streamline constituent services. West is also an elected Democratic committeeperson in Philadelphia’s Tenth Ward, where she is a member of the leadership team.

Symbol Lai, Legislative Director—Lai most recently served as Deputy Director of Philadelphia’s Office of Immigrant Affairs, where she earned a stellar reputation among City Hall staffers and grassroots activists throughout the city. Lai is dedicated to advancing policy in a way that is reflective of the goals and desires of the diverse communities the office serves, and she will lead the legislative strategy for the office.

Emma Boorboor, Community Outreach Director—Boorboor has spent her career organizing on a range of progressive issues. Boorboor has served as Deputy Organizing Director at UltraViolet and as a campaign director at U.S. PIRG. Most recently, she served as Organizing Director at the Women’s Community Revitalization Project. In her new role, Boorboor will support the Senator to coordinate with progressive movement organizations and deliver tangible wins for working people.

Jane Allen, Policy and Committee Executive Director—Allen most recently led program design and evaluation for the Philadelphia Housing Development Corporation. Allen has designed and executed many of the city’s recent housing assistance programs, including nearly $40 million in local rental assistance from the CARES Act and Philadelphia’s trailblazing $40 million revolving loan fund, Restore, Repair, Renew, which provides affordable loans for home repairs in the city. In her new role, Allen will lead the office’s efforts to track, analyze, and amend legislation moving in Harrisburg.

Julia Tackett, Constituent Services Representative—Tackett has spent her career in the Philadelphia construction industry, most recently as a Repair Advocate in the Restore, Repair, Renew program, where she helped working families access home repairs. Tackett was born in the First Senatorial District and has lived there for most of her life. She is an elected Democratic committeeperson in Philadelphia’s Second Ward and has a strong reputation for her organizing work in her neighborhood, especially around zoning and development campaigns.

Alfredo Chuquihuara, Labor Liaison—Chuquihuara most recently was a national campaign director with the American Federation of Teachers, leading campaigns in Puerto Rico, New Jersey, and Pennsylvania. Before that, he was an organizer with UNITE HERE in Philadelphia. In his new role, Chuquihuara will help the office maintain and grow strong working relationships with organized labor.

Natasha Cahill, Communications Director—Cahill has spent her entire career working with words, in fields including academic publishing and adult literacy. She comes from a community organizing background, serving as a Democratic committeeperson in Philadelphia’s First Ward and as a neighborhood leader and steering committee member of Reclaim Philadelphia. Cahill works to center the voices of those who should be included in a conversation.