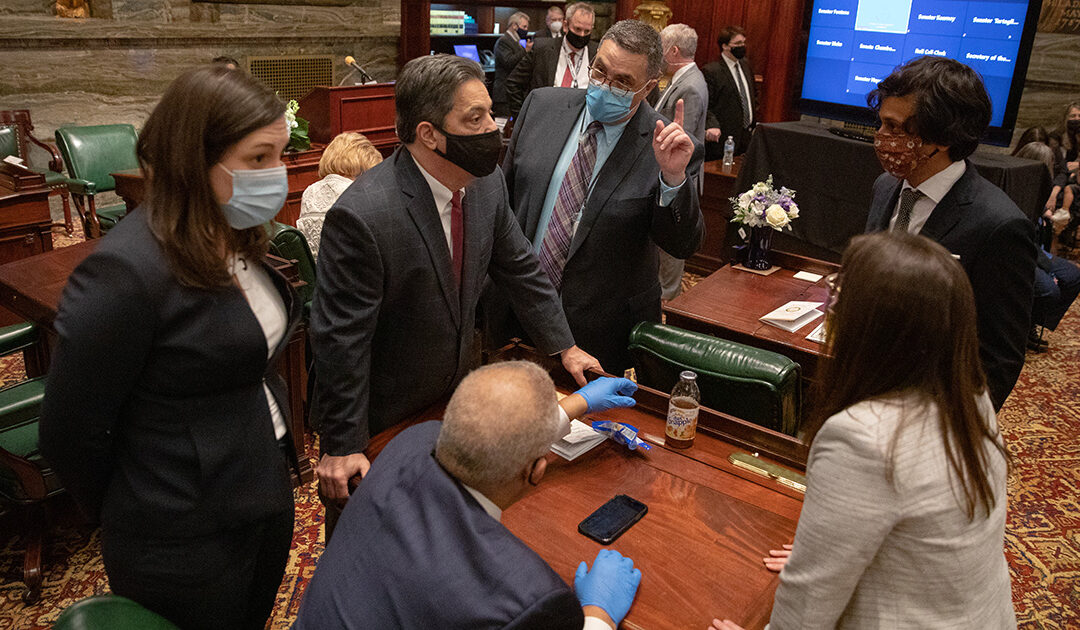 “This is not a request we make lightly, but the circumstances of Mr. Perry’s actions warrant this step,” the senators wrote in their letter to Speaker Pelosi. “We implore you to open an investigation into Mr. Perry and, if warranted, expel him from the United States House of Representatives.”

The New York Times broke the story that Perry had been instrumental in connecting an assistant U.S. attorney general with former President Donald Trump to contest 2020 Election results without any proof of fraud. Scores of Republicans across the Commonwealth of Pennsylvania and the U.S. have made baseless claims to undermine the election, however the senators believe Perry’s attempt to abuse power are a step too far:

“Mr. Perry, along with many other federal, state and local Republicans, has pushed baseless and dangerous theories about a “stolen” or “fraudulent” election. Worse than simply pushing the claims of election fraud that led to the insurrection of January 6, 2021, are Mr. Perry’s actions to aid and abet an unelected official within the United States Justice Department to use the power of a federal agency to force a state to change their allotment of their Electoral simply because he does not like the outcome.”

Click here to read the full letter to Speaker Pelosi.