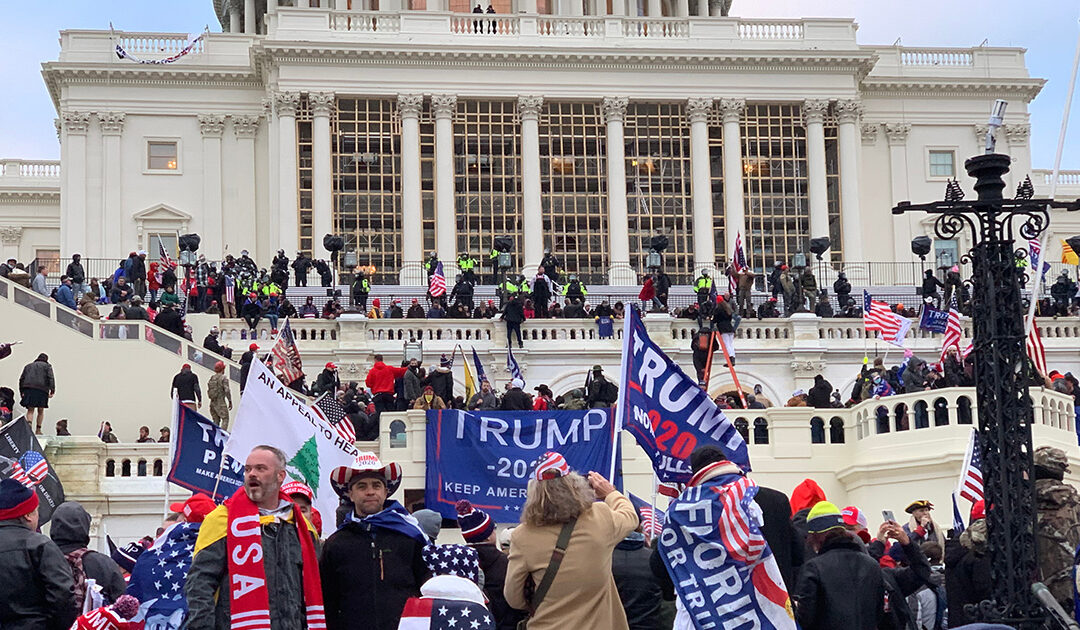 “What we saw Wednesday in Washington, D.C. was insurrection. Its perpetrators marched Confederate battle flags through the halls of Congress and threatened our country’s elected representatives. They were stoked by hate, lies, and misinformation and steeped in white supremacy. They were led by Donald Trump and his enablers across this country, including a sitting Pennsylvania state senator who joined the insurrection and seven Pennsylvania congress members who voted to overturn the presidential election. Just the day before, in Harrisburg, Republican state senators denied a duly elected Democratic senator from taking his seat, in flagrant disregard of the state constitution.

“In this time of resurgent mass movements and popular politics, the right is attempting to upend our constitution and democracy. This is an attack on all of us. And it is up to us to win the struggle, not just for our politics but for our future.

“It is no accident that this particular armed revolt occurred on the day the Georgia elections were called. Peach State voters turned out in record numbers. They elected a Black clergyman raised in public housing as well as a young Jewish filmmaker and former John Lewis staffer to represent them in D.C. Uniting across lines of race, religion, language, gender, and class, that statewide movement is part of a tidal wave that is sweeping our country.

“A multiracial, cross-generational, working-class coalition is growing and setting the national agenda. Whether it’s standing up for Black Lives Matter or a Green New Deal or Medicare for All, we are showing up for justice, equality, and a shared future. It is precisely because of our growing strength that the insurrectionists are so anxious to beat us back.

“When great struggles for justice and freedom have arisen, especially where calls for racial and economic justice have converged, the right wing pushes back, often ferociously. Violent coups stopped Reconstruction and instituted Jim Crow in the late nineteenth century. Repression and red baiting suppressed multiracial alliances during the Great Depression. Massive resistance to desegregation and tax revolts beat back the advances of the Civil Rights Movement and weakened the Great Society.

“But make no mistake: the perpetrators who lashed out Wednesday did so because they fear our strength. They fear our organizing. They fear our clarity of purpose. They fear victory that benefits all. And they fear a multiracial United States built on justice, freedom, and equality.

“Now is not the moment to back down. Now is the time to take this moment as seriously in Pennsylvania as we do in D.C. We must expel the insurrectionists, seat Senator Brewster, and move this country forward. We must grow our coalitions and use the historic opportunity we have—vibrant movements, legislative majorities, and the presidency—to break the grip of conservative reaction and build a future for all of us.”